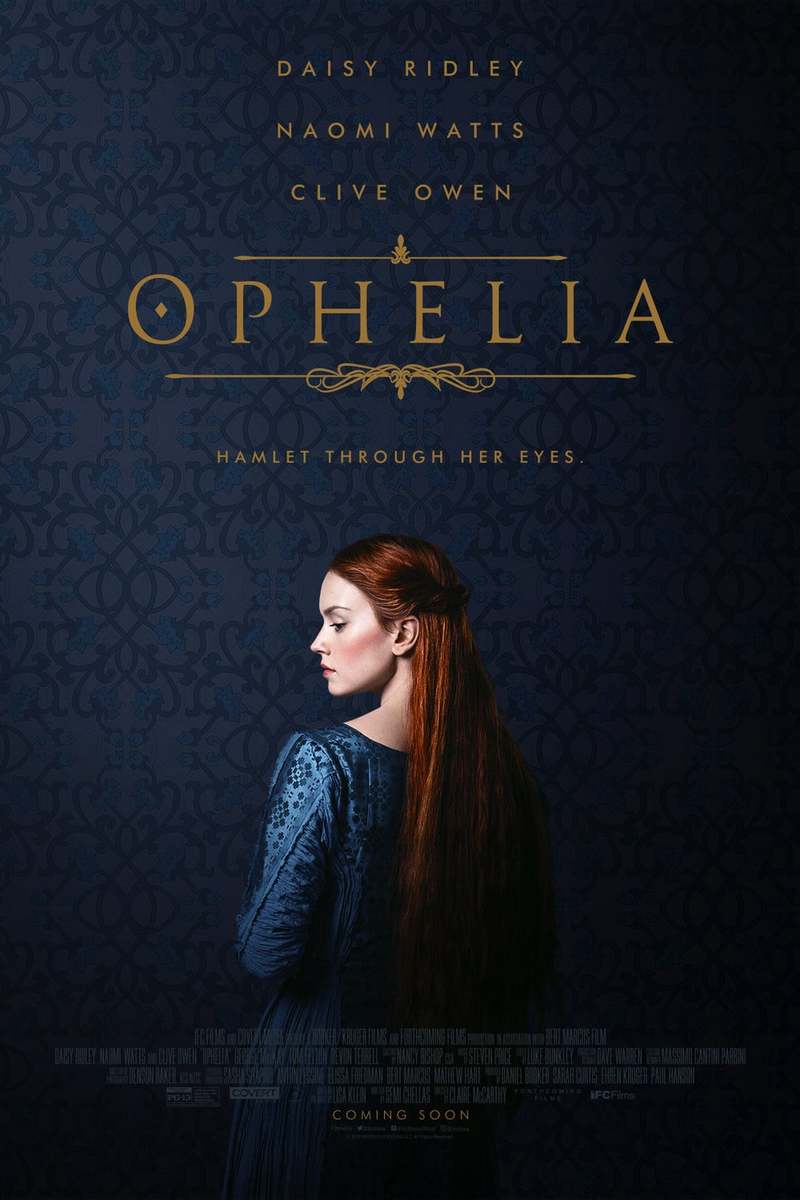 This film reimagines William Shakespeare's Hamlet with OPHELIA as the main character. Ophelia is a girl of common birth whose intelligence and moxie charms Denmark's Queen Gertrude. As the queen's favored lady-in-waiting, Ophelia keeps the secrets that are held within the walls of Elsinore Castle -- including her own forbidden relationship with Prince Hamlet. When the kingdom experiences a sudden change in leadership, Ophelia realizes she may have to choose between true love and her own survival.