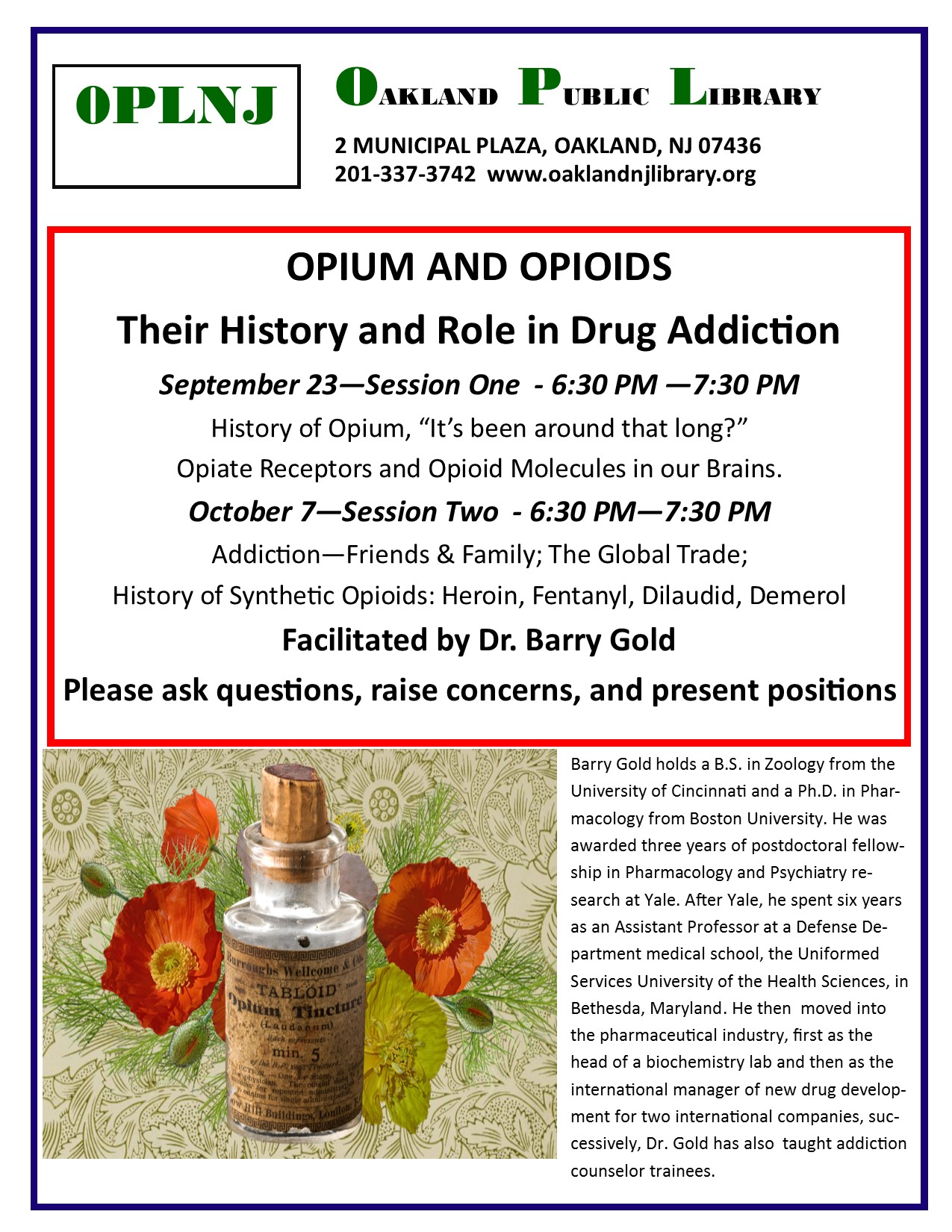 Opium and Opioids, Their History and Role in Drug Addiction. Session One

The HIstory of Opium: how long it has been around; the opiate receptors and molecules in our brains.

Extent of Addiction of family or friends;  Global Trade - where it comes from;  History of Synthetic Opioids: Heroin, Fentanyl, Dilaudid, Demerol

Barry Gold holds a  B.S. in Zoology from the University of Cincinnati and a Ph.D. in Pharmacology from Boston University.He was awarded three years of postdoctoral fellowship in Pharmacology and Psychiatry research at Yale. After Yale, he spent six years as an Assistant Professor at a Defense Department medical school, the Uniformed Services University of the Health Sciences, in Bethesda, Maryland. He then moved into the pharmaceutical industry, first as the head of a biochemistry lab and then as the international manager of new drug development for two companies successively, since bought out, one American with operations in the U.K. and France, and the other German with operations in Germany, the U.K. and the U.S. Dr. Gold has also taught addiction counselor trainees.