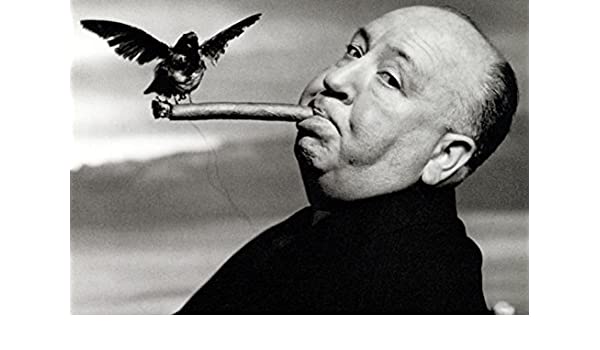 VIRTUAL- The Films of Alfred Hitchcock

Alfred Hitchcock is probably the most famous filmdirector who ever lived. For five decades, first in England, then in Hollywood, he made fifty-four films,including classics such as The Thirty-Nine Steps,Rebecca, Notorious, Rear Window, North by Northwest, Vertigo, and Psycho. Few filmmakers have been as popular, critically celebrated, and as influential.

This presentation via Zoom looks at his achievements as “the master of suspense,” and through dozens of film clips, examines some of his extraordinary techniques as a director.

Presenter BRIAN ROSE is a Professor in the Department of Communication and Media Studies at Fordham University’s College at Lincoln Center, where he has taught since 1982. He’s written several books on television history and cultural programming, and conducted more than a hundred Q&A’s with leading directors, actors,and writers for the Academy of Motion Picture Arts & Sciences, the Screen Actors Guild, the British Academy ofFilm and Television Arts, and the Directors Guild of America.

This program is open to all.  Registration is required.

Registered attendees will receive information via email on how to connect to the Zoom chat room the day before the event.

This program is made possible by The Friends of the Livingston Public Library.