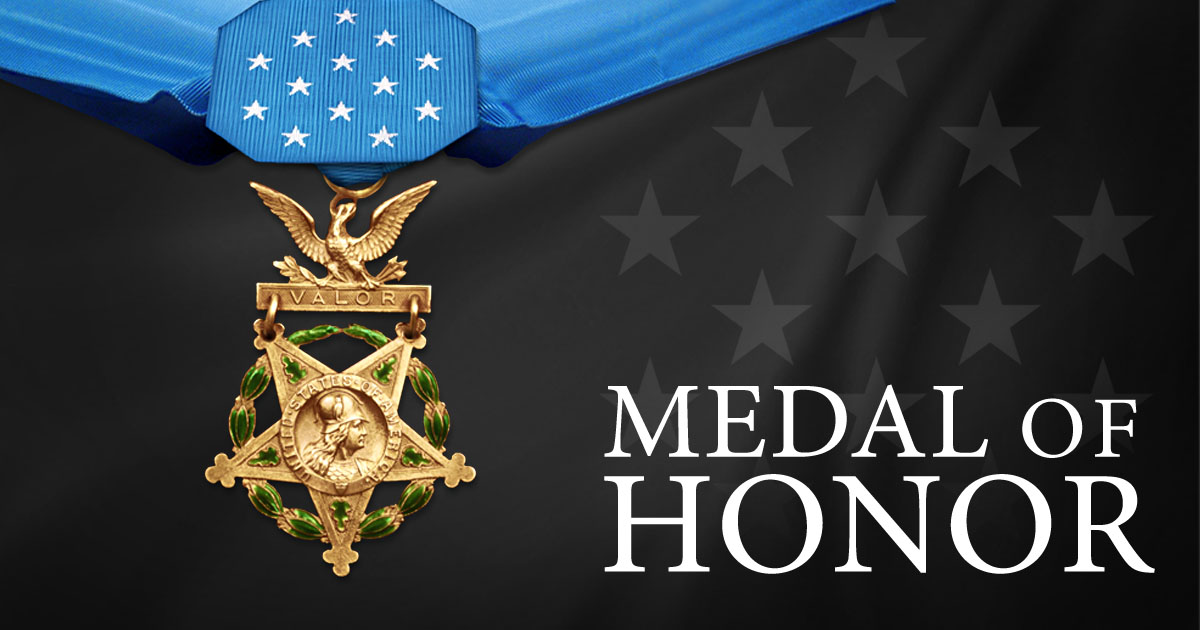 The Medal of Honor is the highest military decoration awarded by the United States government. It is bestowed on a member of the United States armed forces who distinguishes himself “conspicuously by gallantry and intrepidity at the risk of his life above and beyond the call of duty while engaged in an action against an enemy of the United States.” Because of the nature of its criteria, the medal is often awarded posthumously.

To commemorate National Military Appreciation Month, join a presenter from the non-profit organization, Victorian Vanities, for a virtual presentation about some astounding heroics performed by some amazing people who have served in our military and learn about their valorous deeds that led to their earning this highest military honor.

As Executive Director of Victorian Vanities, a non-profit devoted to teaching American History, Executive Director Rochelle Christopher presents award-winning educational presentations in libraries, senior centers and retirement communities all over the greater Delaware Valley and beyond.

Information to connect to the Zoom session will be emailed the day before the event.

This program is made possible with the support of The Friends of the Livingston Public Library.