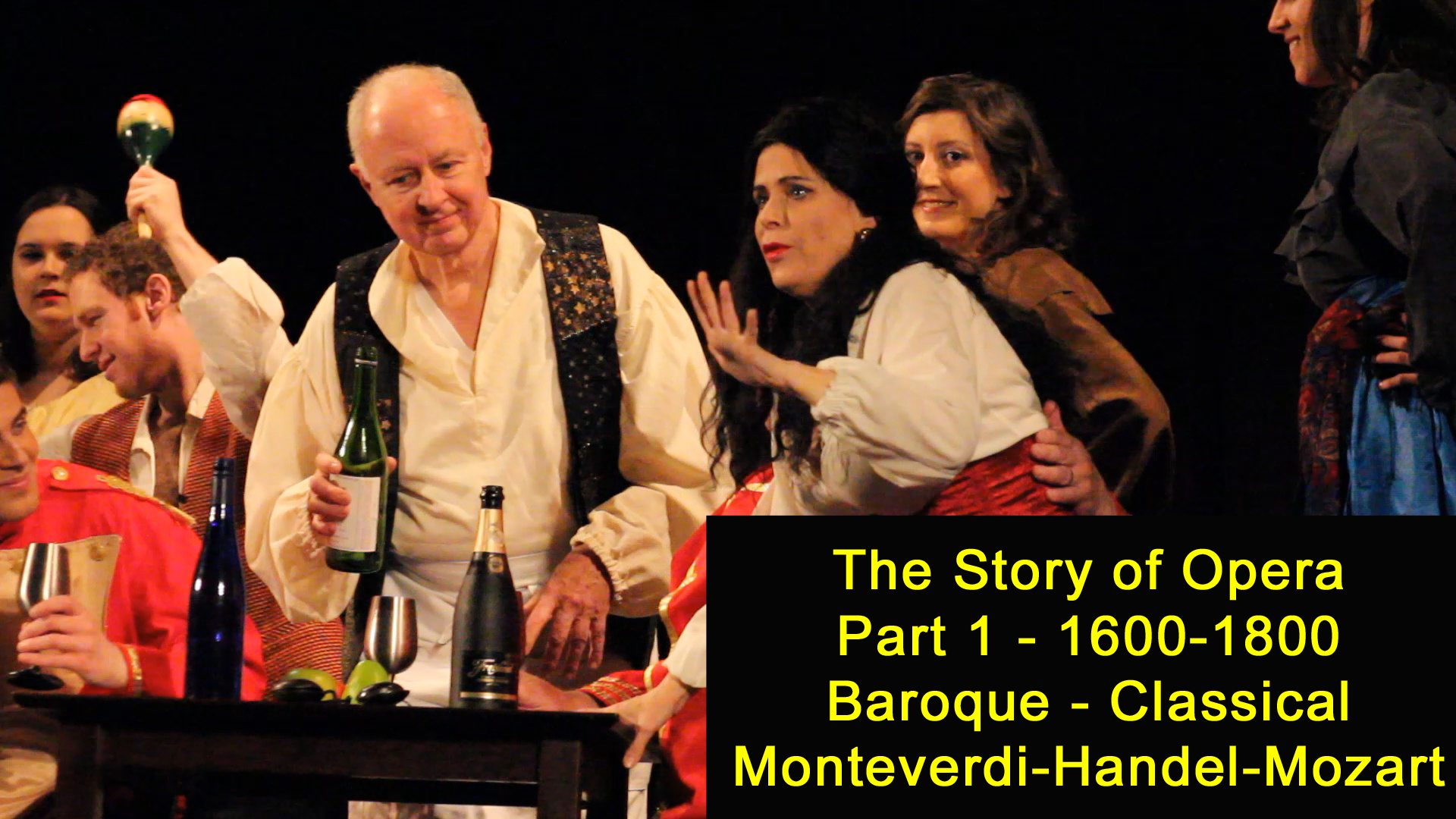 This is part 1 of a 3 part series on opera presented by composer, conductor and educator Dr. Robert W. Butts and covers the period from 1600-1800.  It will include a talk combined with musical selections.

Opera at first was more a court entertainment, but public opera houses quickly appeared in Italy, France, Germany, and elsewhere.  The first operas were often based on mythological or historical stories.   For much of the 17th and 18th centuries, Italian opera dominated, with French opera the main competition. Claudio Monteverdi, working in Mantua and Venice, created the first true operas.  His L'Orfeo and Coronation of Poppea remain popular and frequently performed.  Opera's success brought it around the world through the 17th century.  Georg Frideric Handel brought opera to new heights when he moved to London in 1711, where he composed works mostly in Italian, but also in English.  Many of his operas are still beloved and performed regularly in all the world's opera houses.  Wolfgang Amadeus Mozart created the modern opera in Vienna in the late 18th century.  Mozart transformed opera into the way we know it today while incorporating depth of meaning inspired by the ideals of the Enlightenment.   The Marriage of Figaro, Don Giovanni, and The Magic Flute remain three of the most performed and enjoyed operas of all time.

Musical excerpts will include works by Claudio Monteverdi, Handel, and Mozart.

You can register for one or more in the series separately.

This program is made possible with the support of The Friends of the Livingston Public Library.