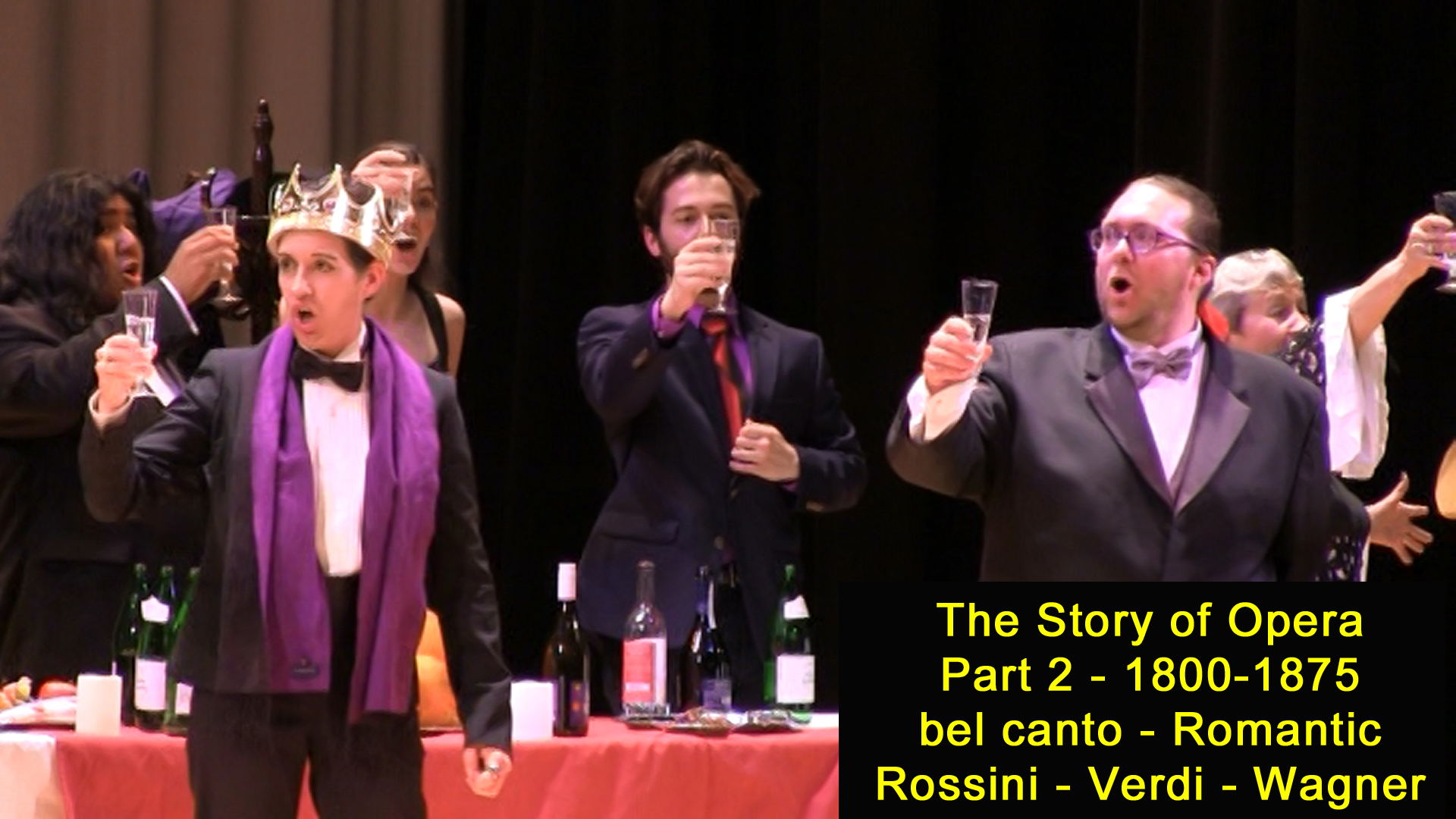 This is part 2 of a 3 part series on opera presented by composer, conductor and educator Dr. Robert W. Butts and covers the period from 1800-1890.  It will include a talk combined with musical selections.

The 19th Century is known as The Romantic Era in music and Italian opera continued to dominate.  Opera reached new peaks of popularity and influence.  Sources for inspiration were more greatly varied and, as with other music and arts, emotional intensity became a must.  Comic opera and Serious opera both flourished, many composers working in both.  At the same time, opera quickly included social issues and concerns as well as the era's political ideals and the rise of nationalism.  Bel canto opera refers to Italian opera composed between 1800-1870; the first to master this style in which vocal beauty and singing stars dominated was Gioachino Rossini whose Barber of Seville remains the world's most popular comic opera.  Rossini was followed by Vincenzo Bellini and Gaetano Donizetti in developing the rich bel canto style.  The most successful composer of the style was Giuseppe Verdi who combined elements of romanticism with the movement towards Italian unification known as the Risorgimento.   French and Russian opera were also common and  popular.   German Romantic opera developed with the new ideas of Richard Wagner, whose Ring Cycle of 4 operas have proven inspiration to authors and painters as well as composers and musicians.

You can register for one or more programs in the series.

This program is made possible with the support of the Friends of the Livingston Public Library.