Start saving newspapers, magazines, food packaging and other paper materials and join us for a morning of fun and creativity as Pop Artist Michael Albert shows us how to turn paper scraps into works of art.

This is an interactive workshop. You will need the following materials:

Micheal Albert has been creating ART since his college days at New York University, where he studied business (BPA, 1984-1988). After visiting many of the great museums in NYC and viewing some of the world's greatest masterpieces of art, he began his own artistic pursuits. His art has evolved from doodles and Pen & Ink to serious wax oil drawings, to the cubist mosaic Cereal box collages he has become known for. In the past two decades, he has been creating large-scale "Epic" collage works on various themes including History, Literature, Religion & Philosophy, Music, Poetry & Lyrics, Botany, Logo Montages, Color Studies, Mathematics & Geography..... Since the publishing of his book, "An Artist's autobiography titled, "An Artist's America" (Henry Holt, 2008) Albert has developed a traveling Pop Art Enrichment Program & Hands-On Collage Workshop for kids (school age & up), teens, adults & as a multi-generational event called the "Modern Pop Art Experience" which he has brought to more than 1,000 schools, libraries, museums, art festivals & special events in most of the United States & in Europe. 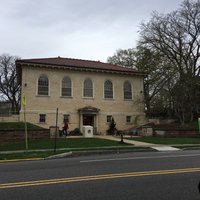