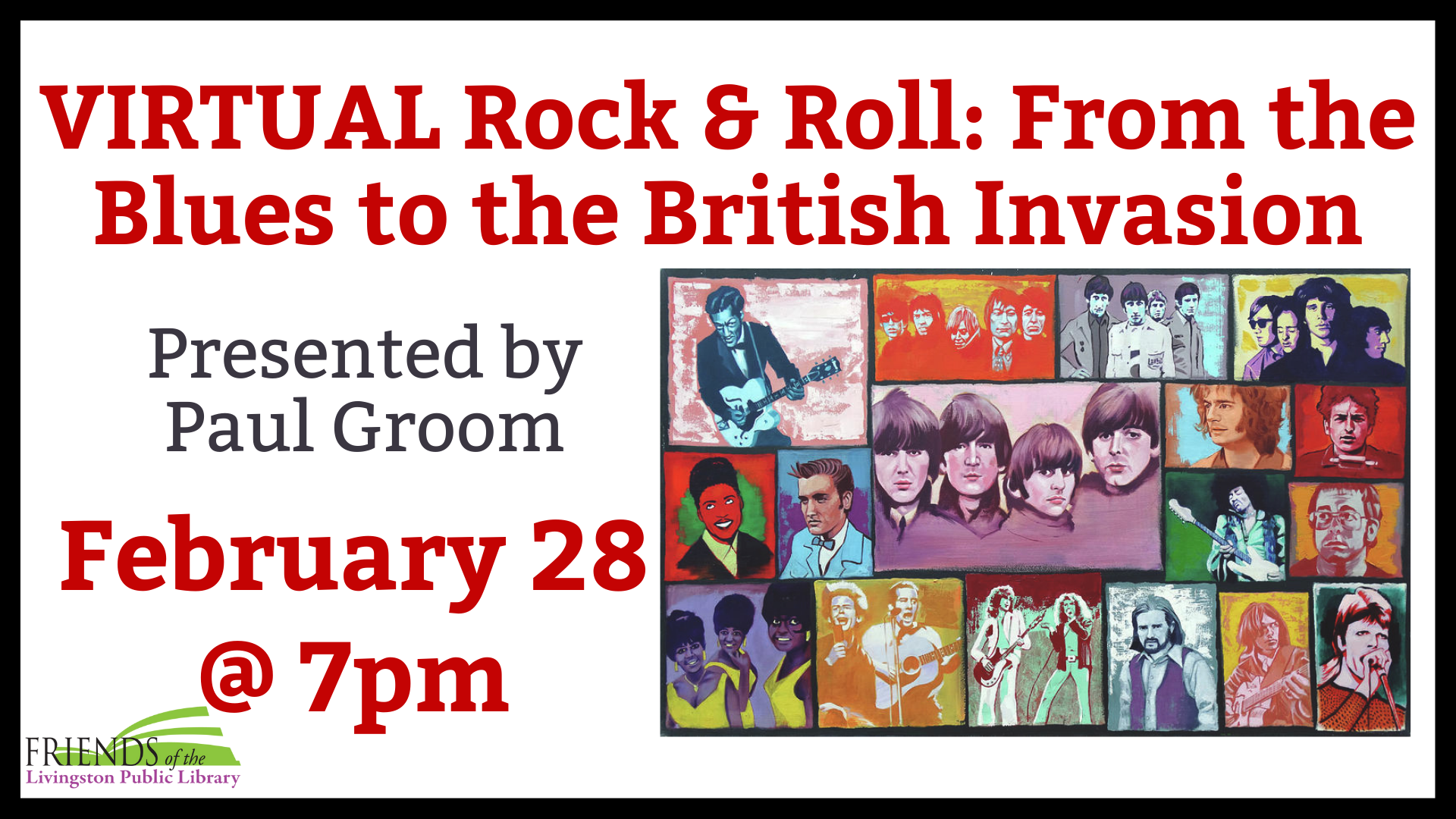 VIRTUAL Rock & Roll: From the Blues to the British Invasion

How did a form of African American, rural folk songs become the basis for a musical industry that has lasted decades?

This presentation by music educator Paul Groom tracks the inspirational story of music that started in the Mississippi Delta with black performers based on the Blues, Gospel and Doo Wop such as Wynonie Harris, Goree Carter, Jackie Brenston and Muddy Waters, and was transformed by an association of racially different artists over a few years, into the dominant form of popular music in the USA.

Among the artists initially responsible for this transformation were Chuck Berry, Elvis Presley, Jerry Lee Lewis and Little Richard. Thereafter the music became popular around the World and at its most successful, saw a new and phenomenally influential variation being developed by The Beatles, Rolling Stones, The Who, The Kinks and many other groups from the United Kingdom. These Anglo-Saxon performers were clear about the debt they owed to the original black performers.  Along the way, Rock & Roll also spawned the rise of Soul music (Tamla Motown), and a cascading differentiation of Rock such as Indie Rock, Country Rock, Heavy Metal, Psychedelic Rock etc.

This multimedia presentation will trace the dynamics that made these musical developments possible.

The program is free and open to all and registration is required.

The zoom link will be emailed the day before the event.

The program is made possible with the support of The Friends of the Livingston Public Library.