Enjoy a concert of standards and favorites from The Great American Songbook, a collection of the most important and influential songs from the early 20th century. As part of the program, music trivia questions are intermittently posed to the audience.

CAROL ERICKON  has been singing publicly since 2010 , performing in many venues across the Tri-State area.  She has studied with  Melanie Mitrano of Nutley and Mia Norrie of Montclair. Carol was a member of Carrie Jackson’s Vocal Collective for several years, having performed in its showcase vocal presentations at the  Metropolitan Room, Salem Roadhouse, Trumpets, and Skippers Jazz Club.

BOB MCHUGH has worked as a musician for over 50 years. He graduated from New Jersey City University and is versatile in various musical styles. He has recorded for many different record labels and has performed at venues such as the Count Basie Theater, the Newark Museum, the New York Public Library and the Alice Tully Hall at Lincoln Center. He recently retired from teaching music in the New Jersey public schools. 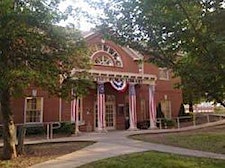