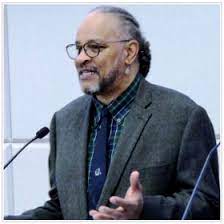 On Wednesday, June 22 at 7 p.m. on Zoom, we will speak with Gary Paul Wright.  Gary Paul Wright, along with his husband, Peter Oates, founded the African American Office of Gay Concerns in Newark, where he is the executive director. He has been included in Marquis Who's Who, and was named of the top 10 politically influential LGBTQ New Jerseyans of 2020. Wright remains dedicated to providing HIV/AIDS prevention services for gay men and transgender women of color in the Newark area. The African American Office of Gay Concerns also serves as a resource for the wellbeing of gay men of color, as well as gay, bisexual, transgender and questioning communities in the area.