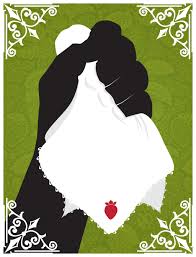 Shakespeare in the Park 2022: Othello

Black Box Performing Arts Center will be performing a full production of Othello for this year's Shakespeare in the Park on the Library's plaza on 31 Engle St. each Wednesday from August 10--September 14. All performances will begin at 8 p.m.

Black Box is Northern New Jersey's premiere professional theater and performing arts school combo, The Black Box Performing Arts Center, Inc. (BBPAC), continues to improvise a #SaveOurStages 2022 Season of new and under produced works by an unprecedented group of world-class, award-winning writers for Broadway and Hollywood, in addition to their performances of Othello at the Library

Othello is a story about societal status and what it means to be an outsider. General Othello is a self-made man and a Moor who seems to reach the peak of his career and love life - but his friend Iago seeks to undo this happiness when Othello passes Iago over for a promotion. The play's varied and enduring themes will leave the audience questioning societal attitudes.